Tell me all your Magic The Gathering stories

So after dropping my collection off last week to be evaluated, I left with a pretty good vibe. As mentioned the young man I spoke with told me they used StarCity Games website for all of their pricing and when I checked the site it looked as if their offerings were very fair.
Using the website I spent some time pricing out the bulk of my collection and came up with a final value and after some thought decided on a number (below that value) I thought would be an acceptable trade off for the convenience of selling everything at once and locally.
The local shop called me on Tuesday and asked If I could come in that evening to discuss an offer, which I did. Turns out, even after having commented on the quality and state of the cards in my collection when I dropped them off, they decide to assign every card a grade of "played" which immediately reduced the price of every card by 25% across the board. The high value cards I brought them were kept in sleeved card sheets for collectibles and went from booster pack to binder. So while there were definitely cards I had played the sets and high value stuff is all near mint. So anyway the kid at the store shows me a pricing sheet with the 25% reduction and a final tally he says the collection is worth,about a grand below the number in my head, but I am giving it consideration. Then he tells me since they will have to have a lot of the cards professionally graded at $50 per card (this is also wrong information) they need to knock another $600 dollars off the already low ball offer. I thanked him for his time and took my cards back. I may still try and sell some of them online but will see.
"Don't touch my stuff when I'm dead...it's booytrapped!" - Bender Bending Rodriguez
Top

I'm a little surprised you didn't try to just give them your assessed value at that point as a take it or leave it.
Top

While I am not dead set against it I typically do not haggle. If there is something I want to purchase or sell there is a fair price I am willing to accept, if the other party isn't I will typically just move on. I did consider negotiating a bit as I was driving there that evening but the kid I was dealing with sort of annoyed me when he 1) reduced every card by 25% across the board when it was very obvious 99% of the collection was near mint 2)showed me the price from the website he represented and then decided to drop another $600 just because and then try and BS me about the cost for professional grading as the cherry on top.
"Don't touch my stuff when I'm dead...it's booytrapped!" - Bender Bending Rodriguez
Top

My two bits on M:TG.

I played back in 1994/95 and built up a collection of Green that was almost complete. I was missing 12 extremely hard to find cards. Then Wizards of the Coast started hammering expansions and I saw ahead to an endless cash sink where I'd have to pour money down a drain if I wanted to "stay competitive" - and with fewer friends after graduation, there was little need. I sold my collection to an eager buyer for $200, or roughly what I had invested in the game.

Fast forward to a couple years ago and now I've got kids. I've got an itch to play, so I pick up a pile of cards and decks from a few current expansions. It's awesome again, and now I'm feeling quite okay with lagging behind the curve. I kept the sealed decks in their original configurations and built a couple of decks out of everything else. Now I've got a box of decks and a few binders filled with cards - and when the kids want to play, I pull out the box of decks and let them pick one to play with. It makes the game much more fun when you're not chasing collectables or a power curve and are just playing.

I bought in early. I was in Union Station in Indy in... 1994? There was a guy with a folding table set up selling this new game I'd never heard of. I picked up a single deck, but I knew absolutely nobody who played, and there was nowhere in Terre Haute (where I lived at the time) that dealt with tabletop games, so I was never once able to play. I kept that deck for 25 years and finally gave it to a friend who plays last year. I've still never gotten to play, and these days I'm not really interested in a game that requires constant investment.

But, hey, this game saved Dungeons and Dragons, so no complaints.

I'm holding on to my Revised through Mirage cards in the hopes that someday I'll find someone to play the game with using the rules I know (Revised through the Ice Age/Homelands/Alliances sets). Once Mirage started introducing sideboards I pretty much stopped playing.
Top

It’s not hard to get back into the game, especially if you use Magic Arena to learn the rules.

Thanks, Mortis.
"If the facts don't fit the theory, change the facts." - Albert Einstein
"I don't stand by anything." - Trump
“Bad men need nothing more to compass their ends, than that good men should look on and do nothing.” - John Stuart Mill, Inaugural Address Delivered to the University of St Andrews, 2/1/1867
“It is the impractical things in this tumultuous hell-scape of a world that matter most. A book, a name, chicken soup. They help us remember that, even in our darkest hour, life is still to be savored.” - Poe, Altered Carbon
Top 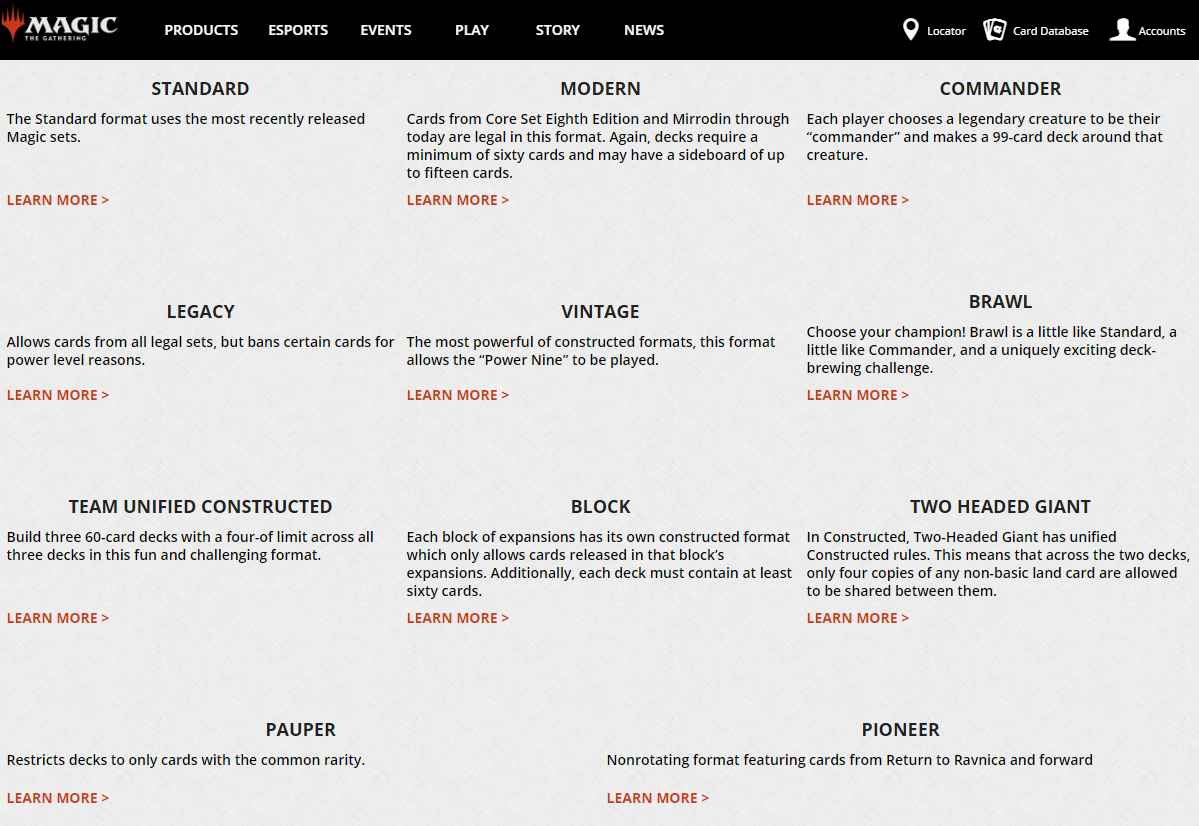 Heh, I was playing too much and I got out. That is what happens to me and FTP games. I think I spent $15 on Arena and I don't feel bad about it. Oddly enough, the biggest reason to get out was that I love a 3rd UI for tracking my collection and decks and it was just borked for like two weeks (and counting). Without the tracking functions I liked, the game started to piss me off. Specifically when I was drafting and trying to figure out how to draft to boost my collection.

It was a good implementation. I don't like the match making but UI was good. I'm not going back to that time sync but it was solid.
Top

Unrelated: "It's its own cloaca, shaped in its perfect, unique way"
Top
Post Reply
51 posts