Crusader Kings III - The Sequel You Have Been Waiting For

Re: Crusader Kings III - The Sequel You Have Been Waiting For

The timeline's end is fast approaching, and our Dayirid dynasty has reached a new peak (although not as impressive as our Jahan allies). 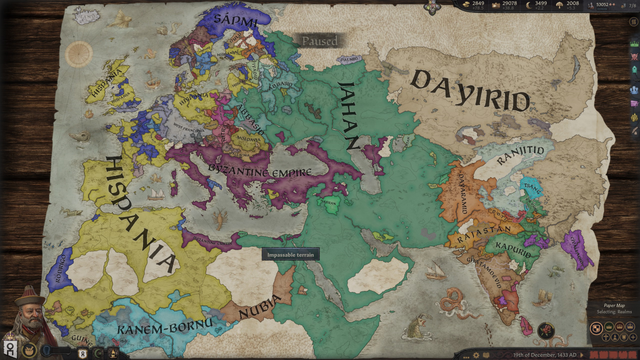 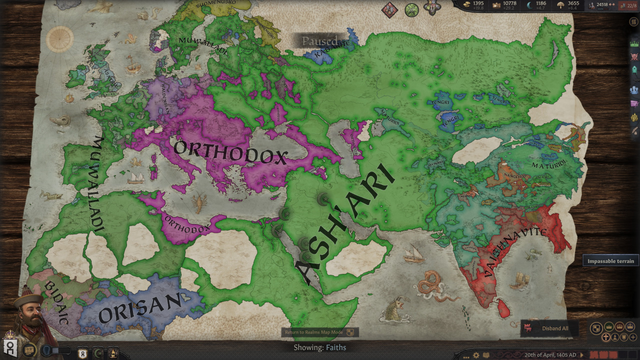 Khagan Saru, who oversaw an extraordinary period of growth and stability, has died at ripe old age of 76. He came to the throne at age 2(!), somehow surviving to take the reigns of his empire. I don't know who served as regent during his childhood, since the game abstracts this, but they did an amazing job. 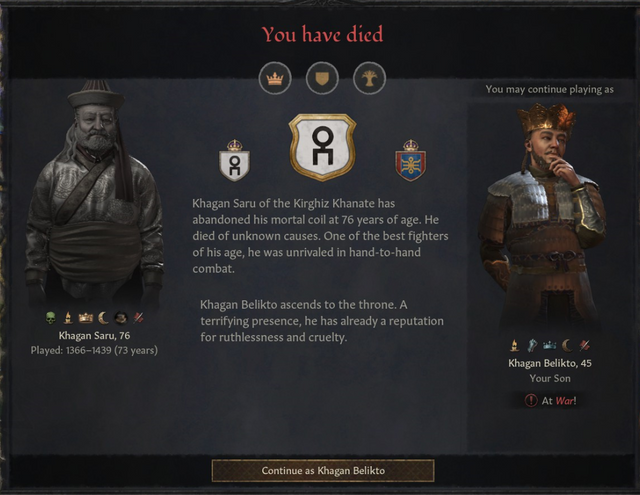 Despite the fact that Saru was a master diplomat (huge Diplomacy stat) who rarely picked up a sword (middling Prowess), the game decided to highlight his fighting ability in his obituary. Oh well. 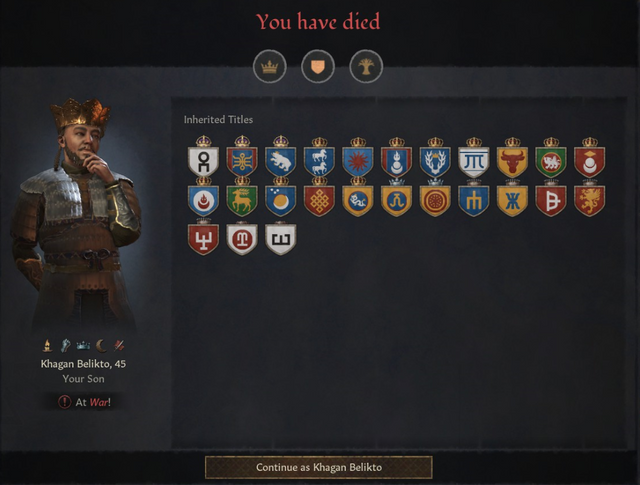 His second-eldest son, Belitko, takes the throne (the eldest son was disinherited for general incompetency). Actually quite a few thrones -- that's three empires and 13 kingdoms. Belitko is no genius but hopefully he'll be able to hold things together until the game ends in 1453.
Top

Re: Crusader Kings III - The Sequel You Have Been Waiting For 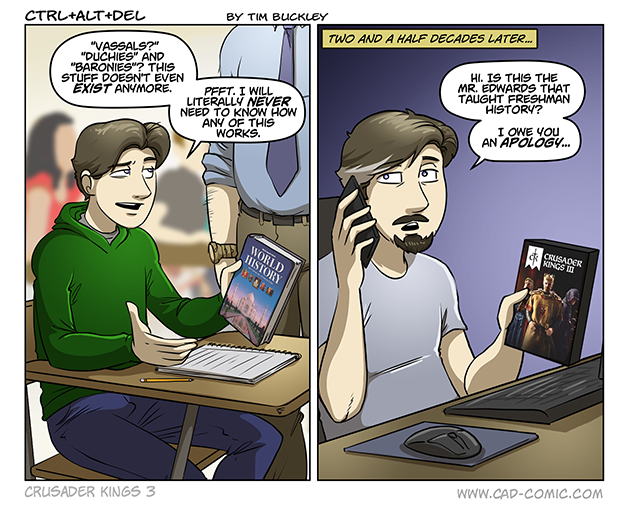 "Today I will be as happy as a seagull with a french fry" - new sign on my back door.
Top
Post Reply
282 posts