I guess it will be a while before you can have tickets and see them too.
Top

Sudy wrote: ↑
Sun Mar 01, 2020 9:00 pm
I'm trying to decide whether I want to go to Insomnium, Omnium Gatherum, and Seven Spires. I didn't know any of them before seeing their concert ad, but the former two are very well known melodic death metal bands. Melodeth is a sound I generally enjoy, but I just can't get extremely into these guys after multiple listens, so I'm thinking it's not worth going to a concert I can't get excited for. I've actually been listening to Insomnium's first album a bit, and I like it a lot at first listen... but it appears to be their more recent stuff they're playing, which is much more... "melo-". The thing is, I suspect I would start to like them if I listened to them a lot, but I don't find them immediately catchy. The songs I linked I've gotten to like quite a bit, but it took a while.

Then I saw a Tyr/Heidevolk/Trollfest/Metsatoll concert appear, and while I'm only marginally aware of half these bands, almost everything I hear I like, so I think I'll definitely try to get tickets to that one.

Amorphis/Entombed AD/Nervosa is also on the horizon for September. I've given Amorphis a few listens at SP's recommendation but they haven't stuck so far. Didn't think Entombed AD would appeal to me, though I really liked the first song of theirs I heard. Presuming they don't sell out, I have a little time to make up my mind.

Having seen nearly all of these, I'll give you a couple quick thoughts.

- Insomnium/Omnium Gatherum/Seven Spires: If you don't already like Insomnium's stuff, seeing them live won't do anything to change your mind. They sound really good, but very little in the way of stage presence or audience interaction. They pretty much get up, play, and leave. Omnium Gatherum puts on a really good show. Seen them three times and while I'm not a huge fan of their music, they're really fun live. Seven Spires is meh. I'm still on the fence about going to this one when it's here in April.

- Tyr/Heidevolk/Trollfest/Metsatoll: Tyr is fantastic live. I'd recommend checking out a setlist and getting familiar with a few of the songs, as they encourage a ton of singing-along. Trollfest is utterly insane and probably worth the price of admission by themselves. Seriously, those dudes are hilarious and put on a brilliant live show. Last time I saw them, they started a headbanging conga line all around the venue (I'm in the middle of that mess somewheres).

Definitely do not miss them. Metsatoll is quite fascinating to watch live, as they bring a ton of unique instruments and great energy. Heidevolk is probably fun if you know their stuff, kinda 'meh' if you don't.

- Amorphis/Entombed AD/Nervosa: Tough for me to be unbiased here, as Amorphis are one of my favorite metal bands ever. That said, they really do put on a amazing live show. Tomi has a stage presence like few other metal singers in the world, and is an absolute joy to watch. They always sound tight as hell too, with never a missed note. Nervosa is a bad-ass female thrash metal trio from Brazil. They were one of our "let's see a random band at 3am" shows on 70K, and I was blown away. They're fantastic. I've never seen Entombed, but have heard they're pretty bad-ass live. I love their first couple albums that were straight up old-school death metal, but didn't really like they way they moved to the "death n' roll" sounds after that.

So, there's more info that you probably needed.

I'm mostly just bummed that neither the Tyr or Amorphis tours are stopping in Utah this time.
For those accustomed to privilege, equality feels like oppression.
Top

ohhh this must mean Nervosa has a new album out... must look

May 3
Dead Can Dance
Agnes Obel

May 16
The House of Love

You live in a big city, pretty sure you can find someone to put their balls in your face still.
Black Lives Matter
Top

Code Orange was supposed to be on tour. They livestreamed a show from an empty venue instead. Pretty cool alternative.

While their music is hit and miss for me (mostly miss), watching that makes me want to see them live. The intensity and tone reminds me of Broken-era NIN.
For those accustomed to privilege, equality feels like oppression.
Top

I had hedged my bets on a Trevor Noah performance at the end of July in Tulsa. They pulled the plug on it today.
Top

The Judas Priest and Sabaton concert I was supposed to attend that would have kicked off the US leg of Priest's 50th anniversary tour in early September has now been cancelled.

I am sure that this is not the first of my big fall events that will meet the axe.
Hodor.
Top

I has a sad looking at this thread.

For those accustomed to privilege, equality feels like oppression.
Top

Yeah, I was going to see KMFDM and Ministry next Friday. After all of these years, I'd finally see KMFDM and it would be for a sort of reunion of the show I missed 30 years ago. That would be the first show for me in over a year, while the last two shows were very local bar shows to see Samantha Fish. They still count but that was how convenient it had to be to get me out.
Top 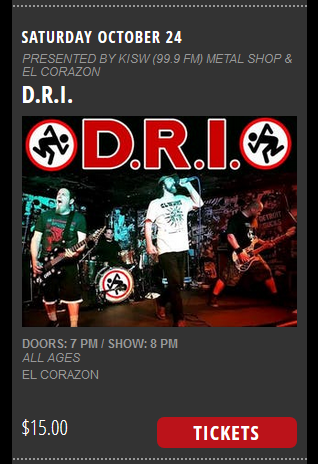 even if this isn't cancelled/rescheduled.... would i even be comfortable going to concerts the remainder of this year........ ugh. i think there aren't going to be any more shows for 2020.
Top

I had planned to see the Hoodoo Gurus in Nashville in October but waiting to see if they will be coming now. Last saw them when they did their college campus tour in late 80s. Don't think they tour outside Australia too much these days.

Sent from my Pixel 3 using Tapatalk

The only reason people get lost in thought is because it's unfamiliar territory.
Top

Monster Magnet had the foresight to postpone their March show all the way till January... but at this point that's likely not going to be enough. I'm not sure masks will stand up to rowdy concert behaviour. (As if they could enforce that.) Everyone else cancelled on me.
“Also, Dude, ‘Sand People’ is not the preferred nomenclature; Tusken Raider, please.”
“Walter, this isn't a guy who built the moisture vaporators, here....”
Top

All of our shows for this year - The Decemberists, My Chemical Romance and Waxahatchee - have been rescheduled for next year. For the most part they just moved the date one year forward keeping the same day of the week which is much appreciated as I deliberately picked the Saturday night show for the Decemberists (they're playing way out on the other side of the city in a venue that's a bit of a nightmare to exit).

Waxahatchee reshculed their May show for February 14, 2021.

Guess I'll be skipping that one.
Top

i'm not even sure why at this point anyone is scheduling for anytime next year. concerts are postponed indefinitely as far as i'm concerned... unless you have some idea for socially-distanced shows (like the Flaming Lips one where everyone is in their own literal bubble)
Top

Yep, Drive-By Truckers postponed to 2021. Coheed cancelled.
I have but one advocate.
Top

Damn it. They cancelled the rescheduled Monster Magnet show from last March.

It can't really be that hard to socially distance in a packed venue of 950... I can just hold my breath.
“Also, Dude, ‘Sand People’ is not the preferred nomenclature; Tusken Raider, please.”
“Walter, this isn't a guy who built the moisture vaporators, here....”
Top

You do not want to kiss the mouth of the scorpion during this pandemic. Keep NJ's son safe!
Top

And I don't intend to suck the c*ck of the fire god at any time.

i think 'no concerts in the US throughout 2021' is probably going to be expected.
Top

Oh, I'm sure you're right unfortunately, and that's the way it should be. I was just being silly and lamenting this fact. I'd only recently started getting into concerts and I'm really bummed to be without these highlights in my life right now. I was hopeful that Monster Magnet might attempt to reschedule again rather than outright cancelling, but I understand why that would be impractical business-wise at this point unless they're planning to invest our ticket funds in the interim or something.
“Also, Dude, ‘Sand People’ is not the preferred nomenclature; Tusken Raider, please.”
“Walter, this isn't a guy who built the moisture vaporators, here....”
Top

Actually, I'm going to a local concert tomorrow night being done as a sort of social experiment. It's a drive-in style concert being held in a parking lot where attendees stay in their cars which are parked to keep the distance, the sound feed broadcast to a radio frequency. There will be a real stage with real-live-in-the-flesh performers. The headliners are Serena Ryder and Hawksley Workman (music produder and musician).

I admit to being really curious as to how the experience will play out. I think it's a great idea.
PC:
Intel i5 660
8GB RAM
Asus ROG 4GB 1050Ti
Top

this is this weekend: