Shouldn't that be cow power?

Sent from my SM-G955W using Tapatalk

I would like to apologize to anyone I have not offended.
Please be patient - I will get to you shortly.
Top 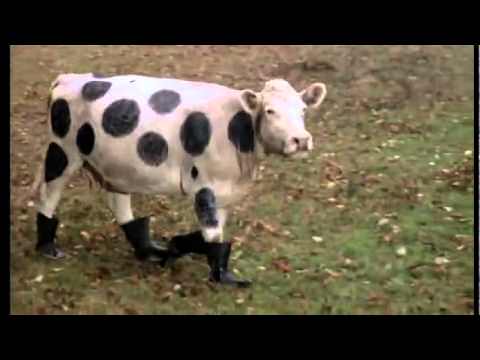 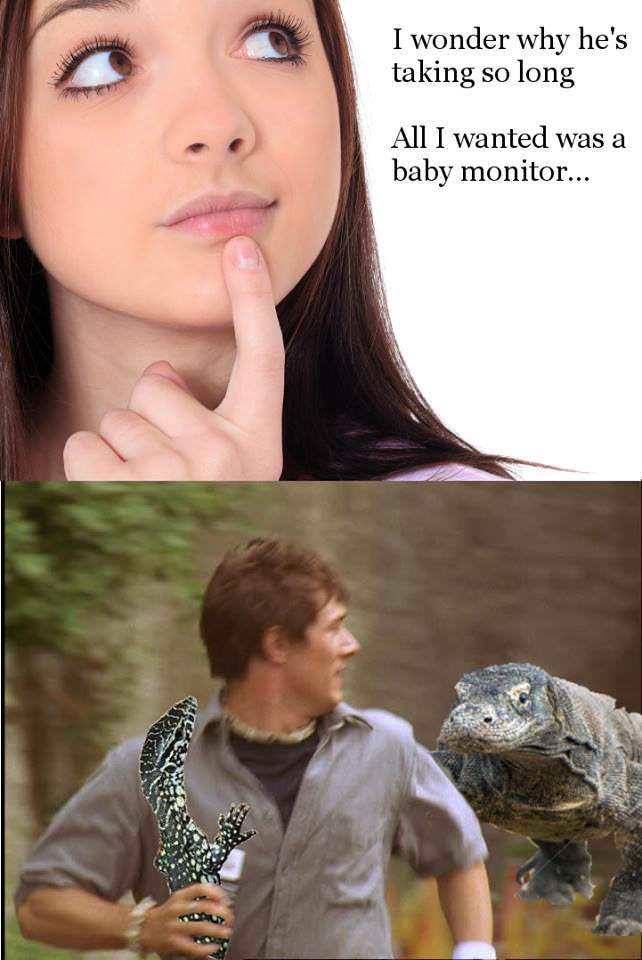 "Don't believe everything you read on the internet." - Abraham Lincoln
Top

Shouldn't that be cow power?

I require a reminder as to why raining arcane destruction is not an appropriate response to all of life's indignities. - Vaarsuvius
Global Steam Wishmaslist Tracking
Top

If I take my glasses off and they are a little blurry, perfect circles.
Top

If I take my glasses off I can't see the screen!
Ye Olde Farte
Double Ought Forty
aka dbt1949
Top

I'm pretty sure it's tiny little squares, not circles at all.
Top

That hurts my brain
For those accustomed to privilege, equality feels like oppression.
Top

I like that as I scroll up and down, the gears on that image turn with it. <owmybrain>
More than ever, now is the time to stand by the causes you believe in; donate and support to keep America great.
Reproductive Rights, Environmental Defense, Civil Liberties, LGBTQ Awareness, Immigration Rights
Currently playing: Lotsa' Switch - Animal Crossing: New Horizons, Fire Emblem: Three Houses
Top 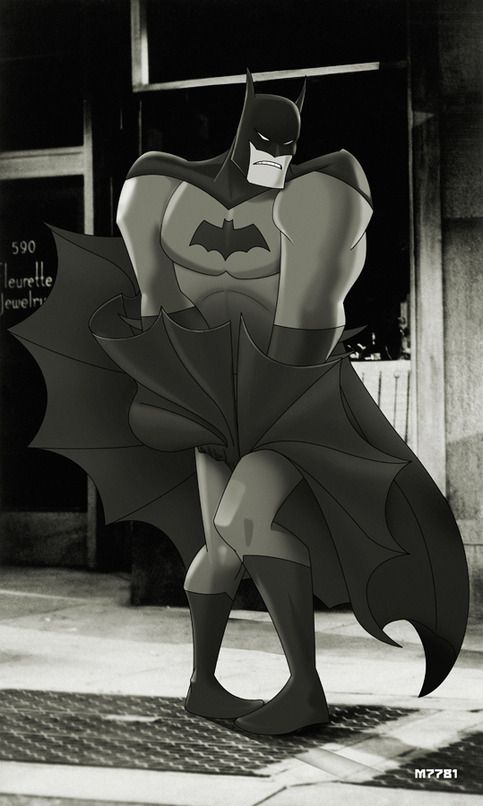 I'll just point out that a cape is made to flutter. I don't know what the original purpose of a cape was, outside of warmth, but for like a century capes have been an affectation designed to be ostentatious, eye catching and fluttery. Why on earth would Batman be embarrassed that his cape is fluttering?

How's that for taking a joke too seriously? (which I hope is recognized as it's own joke. Nobody said it was good one.)
Last edited by GreenGoo on Fri Nov 30, 2018 2:40 pm, edited 1 time in total.
Top

Everyone knows super heroes wear their underwear on the outside.
Top

Okay, then maybe he had a BatOn.
Ye Olde Farte
Double Ought Forty
aka dbt1949
Top

I acknowledge that this is not terrible, in the scope of terrible jokes.
Top

Thought it was a Marilyn Monroe photo shoot. She didn't show the least amount of embarrassment.
Top

Thought it was a Marilyn Monroe photo shoot. She didn't show the least amount of embarrassment.

I acknowledge that this is not terrible, in the scope of terrible jokes.

Ill admit I giggled a little. I liked the extra capitalization to really drive the pun home.
Top

"The world is suffering more today from the good people who want to mind other men's business than it is from the bad people who are willing to let everybody look after their own individual affairs." - Clarence Darrow
Top

I knew a guy who bred cows that big. I saw them. They went lame.
I have but one advocate.
Top

That one took me a second.
I have but one advocate.
Top

Foxtrot has always been one of my favorites.
Top

A friend of mine back in Ohio found this in a Books a Million store near him. 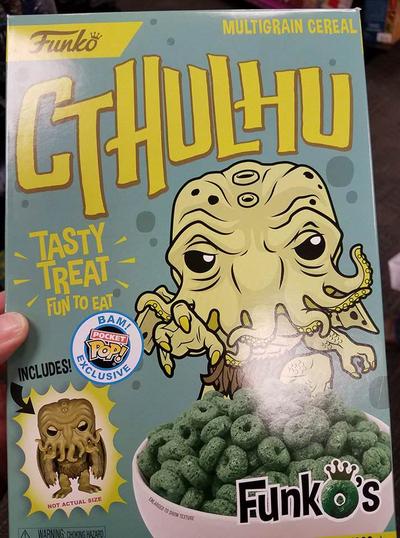 Looks like Funko has launched a whole line of cereals.

“Ph'nglui mglw'nafh Cthulhu R'lyeh wgah'nagl fhtagn. In his house at R'lyeh dead Cthulhu waits dreaming...of deliciousness!”
I beat a camel to death with a monkey. Can I do that?
-Mr Bismarck

I don't want any part of something that looks like this. 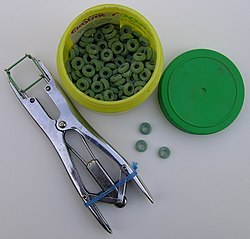 Then someone here isn't gonna be dancing around Azathoth come judgement day.
I beat a camel to death with a monkey. Can I do that?
-Mr Bismarck


Allison Hope, chair of the Westford Selectboard, said Pelkey's application for a building permit fell short of the points it needed to score in the review process by the Development Review Board.

A notice of the decision provided to the Burlington Free Press by the town listed a variety of reasons for the denial of the building permit, including that the application does not describe the proposed use of the structure and that it doesn't include the necessary information about lighting that will "likely be needed for security purposes."

And the giant middle finger?

"He apparently can do what he's done," Hope said of the sculpture.

Hope had the town's planning coordinator look at the zoning regulations, and there was nothing the town could do to stop the finger from being raised. It's not advertising a business or service, so it's not a billboard, Hope said, which are banned in Vermont. Instead, it falls under the category of public artwork.

"The Pelkeys can do what they like to exercise their free speech within the laws and regulations," she said

"The world is suffering more today from the good people who want to mind other men's business than it is from the bad people who are willing to let everybody look after their own individual affairs." - Clarence Darrow
Top

Ive never ever liked places that you cant build something on your own land or do something to your own house. Of course you cant open a business on residential property and such but wanting to build a shed or a garage or even painting your house brown or green and not being allowed to by someone else is infuriating I can imagine.
https://www.gofundme.com/please-help-di ... -wife-died ....Help for me to take care of stuff . Wife died Jan 3 2019 after 31 years. My soulmate.
---------------------------------------------
I am Dyslexic of Borg, prepare to have your ass laminated.
GroovAtroN, stop asking
I guess Ray Butts has ate his last pancake.
http://steamcommunity.com/id/daehawk
Top

It's also infuriating when your neighbor builds a 30-foot sculpture in their yard that isn't up to spec and it collapses on your roof. Or their garage is made out of kindling and ends up setting half the neighborhood on fire. The kind of freedom you describe only works if people aren't idiots.

Don't forget how awesome your neighbors will think you are when you cost them tens of thousands in property value decline with your antics. They'll practically be lining up on your porch to thank you.
More than ever, now is the time to stand by the causes you believe in; donate and support to keep America great.
Reproductive Rights, Environmental Defense, Civil Liberties, LGBTQ Awareness, Immigration Rights
Currently playing: Lotsa' Switch - Animal Crossing: New Horizons, Fire Emblem: Three Houses
Top

I live in a small town where a quarter of the houses have two feet of grass in the summer, a third have rusted cars or junk heaps in the yard, there are dead trees everywhere, where there is at least one abandoned house falling apart on every street, and where people wonder all the time why they can't draw new businesses to town, why people leave, and why the town is collapsing.

If someone buys an expensive house in a nice neighborhood, and a year later people move in nearby and start painting their houses chartreuse and bright orange, nobody else is going to want to move into the now-ugly neighborhood, and your house is suddenly worth a hundred thousand dollars less - money you've just lost.

The idea that people should be able to live and have their property the way they want it is a philosophy I share.

But it has to be moderated with the idea that your property has an impact on the people around you.

Respect should take care of that. It shouldn't be something that has to be regulated, but that would require that people not be idiots.

49 and never lived even near an area they told you what to do on your own property and dont recall any problems other than my neighbor of old putting up a fence. Its the only thing that bothered me. If anyone has tall grass its me. Physically hurt this year and lack of a mower for a few years until now has made me the black sheep of the area. Guess in my small town we're lucky.

I've never lived in such a place either. I've never been able to afford to. I live in the Midwest equivalent of the slums. Places only need those kinds of rules if they have nice things they want to preserve.