OA-X, The A-10 successor plane

OA-X, The A-10 successor plane


The minds behind the Air Force’s plan for a new light attack aircraft, the OA-X, always envisioned a turboprop engine powering the plane.
...
When we at the Air Force’s Air Combat Command first conceived of the OA-X in the mid-2000s, we based it conceptually on two Vietnam-Era aircraft. These were the A-1 Skyraider and the OV-10A Bronco — both propeller-engine aircraft.

We started with these aircraft because of their attributes. The A-1 had good loiter time, a heavy weapons load and the ability to take punishment. The engineers who crafted the OV-10 designed it with short, austere runways in mind and it also had good endurance.
...
When we were building the OA-X concept, the Colombian Air Force had just started to prove that the Embraer EMB-314 Super Tucano was a superlative combat machine in an irregular environment. A single Pratt & Whitney Canada PT6A turboprop — the same motor in the U.S. Navy’s and Air Force’s Beechcraft T-6 Texan II trainers — powered the plane.

Developing up to 1,600 horsepower, the modern, computer-controlled turboprop gave the Super Tucano a better power-to-weight ratio at combat load than either the A-1 or OV-10A. Indeed, crunching the numbers on the modern light attack birds — including Beechcraft’s armed T-6 variant, the AT-6C — revealed that the wing loading and power-to-weight ratio were uncannily close to a P-47D Thunderbolt II of World War II fame.
...
And turboprops? A propeller turned by a small jet turbine and really efficient if you didn’t need to scream through the “bozosphere” at the speed of heat.
...
The original specifications for the A-X — the Air Force project that produced the A-10 — involved turboprop propulsion, based on a Lycoming T55 turbine. The authors of the 1968 concept formulation package noted that at slow airspeeds — up to 460 miles per hour — the turboprop had a significant thrust advantage over the turbojet and turbofan and this was greatest with slow speeds.
...
However, internal squabbling over the contract design delayed the A-X program. By 1970, suitable turbofan powerplants appeared on the market.
...
Turboprop-powered small aircraft have demonstrated low fuel consumption, well under 490 pounds per hour on average. For an OA-X class of aircraft, the engine would allow the planes to eke out significant flight times — 2 hours or more — on a paltry internal fuel load.

The OA-X we proposed consumed only 5 percent as much jet fuel as a Strike Eagle for the same amount of flying time. Put another way, an F-15E pilot could taxi on the ground for 6 to 8 minutes and burn the same amount of gas one of our proposed aircraft would use up in an hour.

In addition, the turboprop had major implications for fuel supply, as well as consumption. The smaller fuel needs meant U.S. or friendly forces could supply forward bases via local resources and airlift, avoiding the logistical fratricide common to fuel supply operations in Iraq and Afghanistan.


In Iraq and Afghanistan, the tie between fuel demand and casualties is significant and quantifiable. With fuel and water being the majority of the tonnage hauled, the Army has developed a model from historical casualty data. In Afghanistan, one U.S. soldier or contract civilian is killed or wounded for every 24 16-truck fuel convoys. In Iraq, that number was one per 38.5 convoys. During fiscal 2007, there were 38 casualties incurred moving 897 “average” fuel convoys in Afghanistan. The Army data do not include casualties among allied forces or the Marine Corps. The Marines track their data differently, but the Corps’ Expeditionary Energy Strategy does highlight the issue: “During a three-month period early in 2010, six Marines were wounded hauling fuel and water to bases in Afghanistan during just 299 convoys. That is one Marine wounded for every 50 convoys.”

The direct link between fuel and casualties is not news. However, the impact of high fighter fuel consumption remains poorly understood and rarely discussed. If there were no alternative to the current tactical air fleet, the discussion would be moot. But for the kind of irregular warfare challenges faced in Iraq and Afghanistan (and elsewhere), there is a viable alternative: a turboprop-powered light attack aircraft. The proposed aircraft is not notional — modern light attack aircraft are flown by a number of air forces worldwide. Air Combat Command has a designation for its proposed light attack aircraft: the OA-X. Among its other capabilities, the fuel consumption of the OA-X will be a fraction of the consumption of fast jets.

OA-X, while a notional designation, is not a fantasy airplane. Two examples exist today — the Hawker Beechcraft AT-6B Coyote and the Embraer EMB 314 Super Tucano (also called the A-29). Internally, these aircraft look like advanced fourth-generation fighters and have similar air-to-ground capabilities, using identical weapons, with similar weapons delivery capabilities. What they lack in top speed, they gain in mission endurance. But the key premise upon which this thesis is based is that these aircraft have essentially the same air-to-ground capability as today’s jets (discounting the A-10’s 30mm cannon), with similar or better sensors and communications. The issue with the fast jets is not their capability but the penalties associated with bringing that capability to the battlefield.

There are a number of things that distinguish light attack aircraft from legacy jets. They have no more air-to-air capability than the A-10. They have no realistic capability to operate in an environment dominated by radar-guided surface-to-air missiles. But in environments devoid of these threats, they provide a ground attack and reconnaissance capability equivalent to the F-16 fighter jet, with more endurance and more basing options. A combat-loaded F-16 carries three external fuel tanks (or two and an electronic-countermeasures pod), four air-to-air missiles, four 500-pound laser-guided bombs on two pylons, a targeting forward-looking infrared and an internal rotary cannon. A Super Tucano loads up with four 500-pound laser-guided bombs on four pylons, one external tank, a targeting FLIR and internal wing guns. The AT-6B loads up in a similar fashion with more pylons but external gun pods taking up the extras. Discounting a need for air-to-air missiles, the warloads are identical.

The OA-X provides two additional capabilities that are not currently resident among the legacy fleet: true independence from aerial-refueling tankers and the ability to operate effectively with a fraction of the fuel support.

Not to be too picky, but why is this R&P rather than in the EBG "Military Tech/Science" thread?
Much prefer my Nazis Nuremberged.
Top

Because every single military procurement of note these days devolves into a political football sooner than later. One only read about the fight over the retirement of the A-10, the JSF fights, and the tanker contract maneuvering to see the politicians drooling all over their opportunities to grandstand.
Top

OK, but this topic just seems way more "Cool! Turboprop!" than anything political.

I don't think we have the bandwidth to debate pork and Pentagon budgets while reeling from every new Trump tweet and transgression.
Much prefer my Nazis Nuremberged.
Top

I don't think we have the bandwidth to debate pork and Pentagon budgets while reeling from every new Trump tweet and transgression.

Under no circumstances should we spend money on crappy prop planes!

Fretmute wrote:Under no circumstances should we spend money on crappy prop planes!

Jesus is my co-pilot!

I don't think we have the bandwidth to debate pork and Pentagon budgets while reeling from every new Trump tweet and transgression.

Under no circumstances should we spend money on crappy prop planes!

How dare you criticize prop planes while enjoying the freedom they provided you. They would just as soon you said thank you and moved on.

Lockheed and Boeing out


Lockheed Martin has decided not to offer an aircraft for the U.S. Air Force’s light attack demonstration this summer, making it the second major defense contractor in two weeks to opt out of the OA-X experiment. Lockheed joins Boeing in passing on the OA-X demonstration this summer at Holloman AFB, New Mexico, company spokesman John Losinger confirmed to Aviation Week.

So what is the politics behind this?


Sent from my iPhone using Tapatalk
Scoop. Makeup and hair are fabulous. - Qantaga

Scoop20906 wrote:So what is the politics behind this?


Sent from my iPhone using Tapatalk

I agree, if the original article had been about the political infighting over a new plane, this might have made sense. But instead it looks like it would be better under the Military Tech thread in EBG.
Tolerance is the virtue of the man without convictions. – G.K. Chesterton
Top

Holman wrote:Not to be too picky, but why is this R&P rather than in the EBG "Military Tech/Science" thread?

That's what I was thinking - this is an EBG thread

Are you a prostitute Rip? Because you blow the margins more than a $5 hooker. -rshetts2

Much like bravery is acting in spite of fear, being a functioning adult is acting responsibly in the face of temptation. -Isg
Top

The F-22/F-35 thread is here. The Tanker thread is here. This thread will eventually belong here. It will come down to politicians and generals throwing their weight around behind one contractor or another, Congresspeople complaining about domestic vs. international parts production/assembly, and even tilting between the states over who gets the plants that make the parts.
Top


Two propeller-driven aircraft have been selected by the United States Air Force to fill a wide variety of combat roles.

The Light Attack Aircraft Program has produced two winners for the USAF- the Sierra Nevada-Embraer A-29 Super Tucano and the Textron AT-6, two prop-driven aircraft that are ready, willing and able to handle a multitude of missions.
...
U.S. trained pilots with the Afghan Air Force have been attacking the Taliban with A-29s, while an unarmed variant of the AT-6 has been used as a trainer for the U.S. Navy.

And the Air Force. It's T-6A Texan II
Top

Because the A-10 is sacred to people going in harms way.

If they're dead set on scrapping the A-10, at least they could bring back the Skyraider, or maybe a P-74D instead of something with the same designation as a trainer. LOL 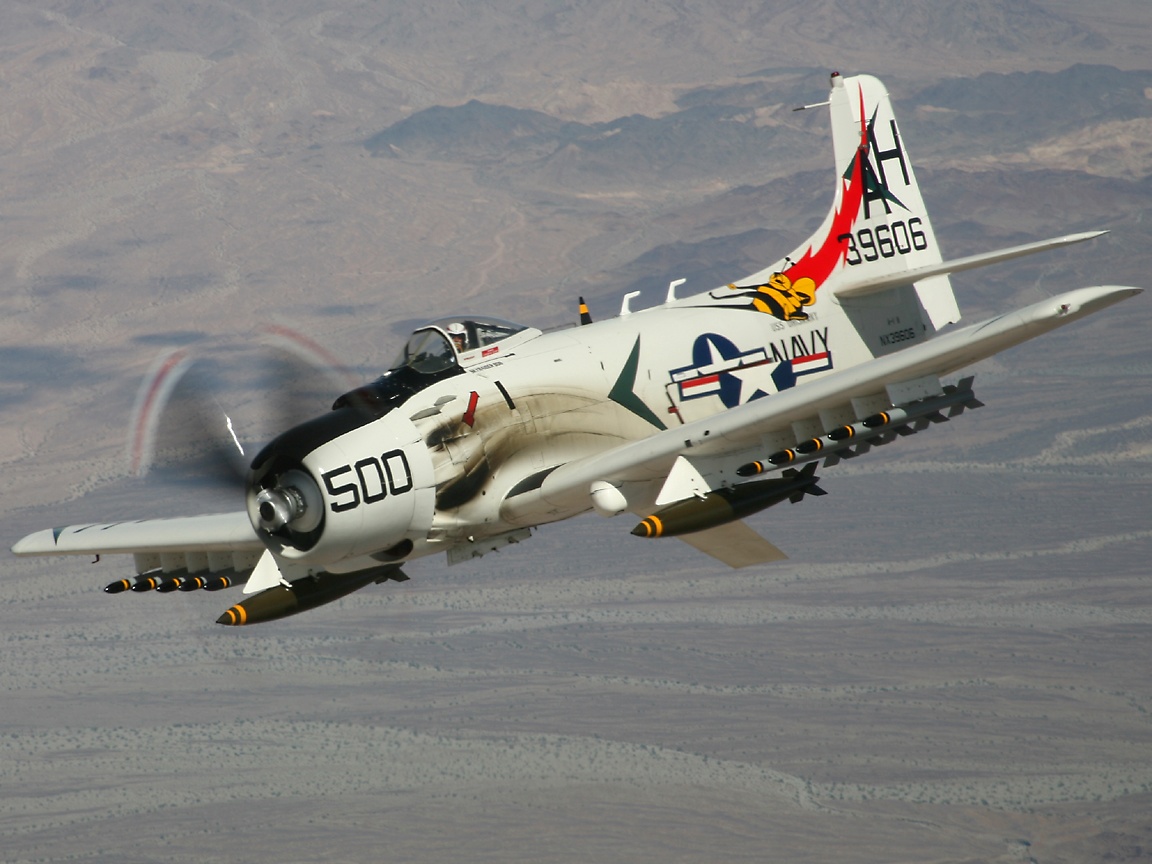 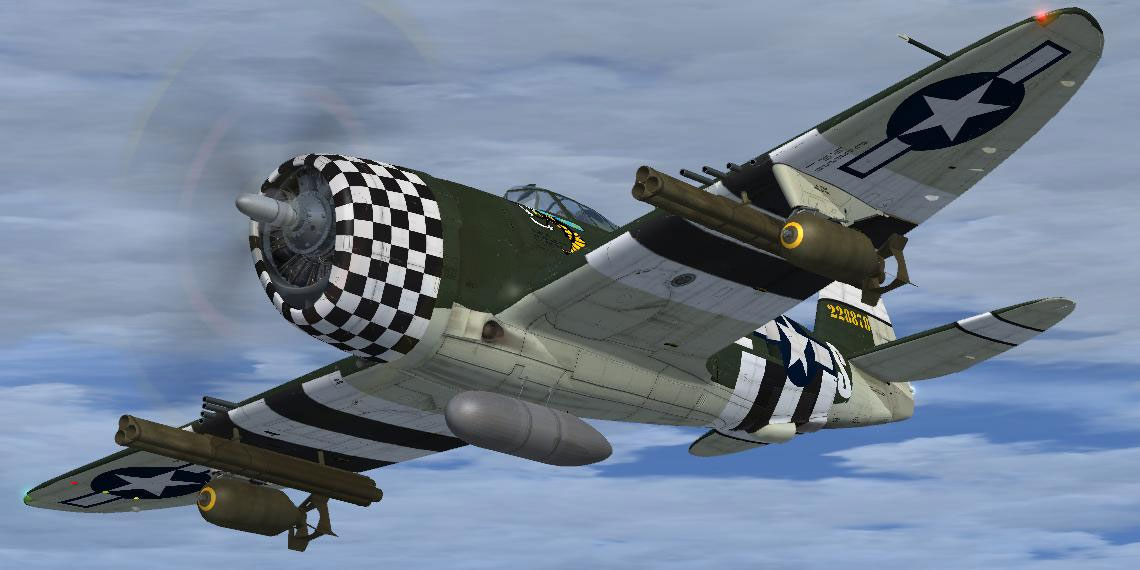