This I didn't know.

El Guapo wrote: ↑Thu Oct 01, 2020 11:38 am Yeah, that was super disappointing and frustrating, especially since overall I like AOC quite a bit and think she's generally pretty sensible. But she's way off here. And this is something that (incrementally) hurts the prospects to peace, as one of the significant obstacles to any sort of Palestinian peace deal is the sense among mainstream Israelis that if they try to strike a deal that all they'll get is rockets from the West Bank and continued condemnation from the world. And this feeds into part of that - if the leader who was literally assassinated because he was trying to strike a peace deal isn't good enough for you, who will ever be good enough?

But, hey, how cool was it when she live-streamed her game of Among Us????

I have really mixed feelings about AOC. For every thing she seems to do right, it seems like she steps in it somewhere else. The Green New Deal captures it for me. Some good ideas. Some terrible ideas. No real ability to separate the wheat from the chaff.
The Net interprets censorship as damage and routes around it -- John Gilmore
Black Lives Matter
Top

She's a junior representative. What do you expect?

Even the most seasoned statesmen have a head scratcher once in a while.
Black Lives Matter

"To wield Grond, the mighty hammer of the Federal Government, is to be intoxicated with power beyond what you and I can reckon (though I figure we can ball park it pretty good with computers and maths). Need to tunnel through a mountain? Grond. Kill a mighty ogre? Grond. Hangnail? Grond. Spider? Grond (actually, that's a legit use, moreso than the rest)." - Peacedog
Top

Overall I like her quite a bit - she's very smart and sensible and seems generally evidence-driven (within a progressive framework, of course). This wasn't great, but overall I still thing well of her.

It also seems apparent that her core interests and focus lie on domestic policy (particularly social safety net) and environmental policies. Given that she's progressive, I do expect that a lot of her foreign policy positions are going to be driven by standard positions in the progressive world. Those are as a general matter reflexively hostile to Israel, so in general I expect more of this going forward, but we'll see.
Black Lives Matter.
Top

Rep. Rashida Tlaib (D-Mich.) retweeted a post over the weekend that read “From the river to the sea, Palestine will be free” that was part of an “International Day of Solidarity” picture.


“From the river to the sea, Palestine will be free” is a phrase that critics say calls for the elimination of the State of Israel. 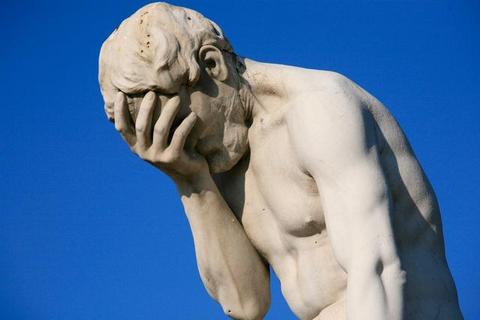 I beat a camel to death with a monkey. Can I do that?
-Mr Bismarck

And nobody was surprised.

A senior US administration official said Israel was behind the assassination of Iran's top nuclear scientist but declined to give details about whether the Trump administration knew about the attack before it was carried out or provided support.

Israel's government has collapsed, yet again.

The U.S. House of Representatives has just passed the Middle East Partnership for Peace Act, historic legislation delivering unprecedented funding for Israeli-Palestinian peacebuilding and Palestinian economic development. If successfully enacted, it would provide $250 million over five years in order to expand peace and reconciliation work in the region. This legislation is the result of over a decade of advocacy by the Alliance for Middle East Peace – ALLMEP.