Holman wrote: ↑Sat Nov 07, 2020 7:01 pmWe are therefore just days away from Trump revealing the truth, proving legitimate victory, and having Dems punished and their party leaders executed for treason.

Well, guess they're on to us. Gentlemen, it's been an honor.

It reminds me of this Xbox guy I used to follow (just for laughs) back when the Xbox One/PS4 wars were at a fever pitch. And every few days it was "Just wait, the Xbox has secret architecture that Microsoft can unlock that blows PS4 our of the water!" Then a few days later, "With the next update you're going to see framerate improvements like you've never seen!"

It was just a constant stream of "keep 'em on the hook" bullshit.
Black Lives Matter
Top

I was wondering what these kooks were going to do/say today. Thank yall for saving me from having to dive into that rabbit hell, err hole.
OR
cry in a corner that the world has come to a point where you have to pay for imaginary shit.

One of the most popular narrative strands of QAnon theory is that JFK Jr is not actually dead and that he is working with Donald Trump to fight the secret liberal-but-really-just-every-elite Satanic pedophile conspiracy. At several points during the 2020 campaign, Q believers were certain that Trump was about to dismiss Mike Pence and announce JFK Jr as his running mate. That appears not to have happened.

But there's this one Trump superfan and regular rally-goer, Vincent Fusca (above), who has become the focus of QAnon attention because many believe he is JFK Jr in disguise. Fusca has apparently embraced the role, as you can see from him wearing a t-shirt bearing a QAon-altered image of the cover of GEORGE magazine (which was founded by JFK Jr in 1995).

Presumably he's either a consummate grifter or literally insane. I haven't seen any indication that he has ever agreed to a mainstream media interview, but there's plenty on YouTube if you really want to vomit all over your search history.
Much prefer my Nazis Nuremberged.
Top

many believe he is JFK Jr in disguise.


LOL. He's doing a great job in disguise. He looks like a cross between bono and John Lennon (not even with the glasses) . With a porkpie hat.

I find television very educational. Every time somebody turns on the set, I go into the other room and read a book. - Groucho Marx
Top

I think he looks like Fisher Stevens before he lost his hair.
Top

Why do QAnon's hate communists but love Putin?

Whats not to love, haven't you seen him ride bear-chested?
Bunnies like beer because its made from hops.
Top 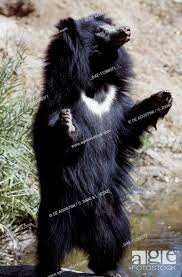 So much of the MAGA/QAnon world is based in a weird nationalist apocalyptic theology: the US military and certain special culture heroes (led and approved by Trump) are angelic forces arrayed against demonic political forces (media, celebrities, secularists, Deep State operatives) in a contest of Good vs Evil.

It's really not hard to understand what we're seeing as a new (fifth?) Great Awakening, perverted in that it's way more gutter-Gnostic than Christian Evangelical. It elevates political power and authority over any moral/ethical tradition in a way that all previous generations would (or should) recognize as idolatry.
Much prefer my Nazis Nuremberged.
Top

It'll be nice to have a pres that isn't easily manipulated by Twitter.
Top


I am a game designer with experience in a very small niche. I create and research games designed to be played in reality. I’ve worked in Alternate Reality Games (ARGs), LARPs, experience fiction, interactive theater, and “serious games”. Stories and games that can start on a computer, and finish in the real world. Fictions designed to feel as real as possible. Games that teach you. Puzzles that come to life all around the players. Games where the deeper you dig, the more you find. Games with rabbit holes that invite you into wonderland and entice you through the looking glass.

When I saw QAnon, I knew exactly what it was and what it was doing. I had seen it before. I had almost built it before. It was gaming’s evil twin. A game that plays people. (cue ominous music)

QAnon has often been compared to ARGs and LARPs and rightly so. It uses many of the same gaming mechanisms and rewards. It has a game-like feel to it that is evident to anyone who has ever played an ARG, online role-play (RP) or LARP before. The similarities are so striking that it has often been referred to as a LARP or ARG. However this beast is very very different from a game.

It is the differences that shed the light on how QAnon works and many of them are hard to see if you’re not involved in game development. QAnon is like the reflection of a game in a mirror, it looks just like one, but it is inverted.

That's pretty interesting and makes all kinds of sense. I love the bit about the x-files cigarette smoking man. Use your words, man!
-Coop
Black Lives Matter
Top

A lot of QAnon heads are going to explode online tomorrow, but I'm not sure the schadenfreude will be worth the social cost.

I've been looking in on QAnon discussions on Twitter. (For example, do a search for "Trust the Plan" and then read the longest threads and replies.) While there are still plenty of die-hards who believe that Trump will declare mass-arrests and martial law in the last hours of his presidency, or even that he'll suddenly emerge as the real president after months of Biden usurpation, serious disillusion seems to be setting in for a lot of people.

This thread seems important if you have Q-people in your life:

QAnons are terrified of what they think is coming: a world ruled by Satanic pedophile elites who somehow defeated God's own heroic Trump and escaped justice. They think Goodness itself has been defeated, possibly until the end of the world.

The thread above reminds me of what breaking from my evangelical background was like. It never made any sense for me to explain to my dad (or anyone else) why I thought God was a wish and the Bible was mythic literature and Hell wasn't real. To them, I was turning my back on Heaven and embracing what would eventually mean eternal torment. I had to try to meet them where their most sincere hopes were. In the end, with my dad at least before he died, we were somewhat able to do it.

It's nuts that we even have to think this way about an absurd conspiracy theory that didn't even exist three years ago. But I think we're looking at (as many have pointed out) something much closer to a prophetic false religion than just a set of memes.
Last edited by Holman on Tue Jan 19, 2021 10:06 pm, edited 1 time in total.
Much prefer my Nazis Nuremberged.
Top

But that Twitter thread doesn't even talk about the ham radios.
I'm so far off the map the sun is shining
Top

The won't be able to properly operate a ham radio. Even if they are, communication will be impossible with countless unlicensed users clogging the air.
" Hey OP, listen to my advice alright." -Tha General
"No scientific discovery is named after its original discoverer." -Stigler's Law of Eponymy, discovered by Robert K. Merton
MYT
Top

Meanwhile this is still happening - tonight.

Maybe they'll be like other cults and now the mass suicide starts since things didn't play out like they expected.
The only reason people get lost in thought is because it's unfamiliar territory.

As far as I know, but nothing new under the sun.
" Hey OP, listen to my advice alright." -Tha General
"No scientific discovery is named after its original discoverer." -Stigler's Law of Eponymy, discovered by Robert K. Merton
MYT
Top

I'm surprised so many members are moving on. When a rapture cult leader gets the date of the second coming wrong, a lot of people understandably wake up. But here, you'd think most of these people are so divorced from reality that they'd view this as just another layer.

Unfortunately, many of the true conspiracies are relatively out in the open and even the wise are oblivious to them, often willingly. Such as why the U.S. still doesn't have socialized healthcare. It's not as if nobody knows the reason. They just can't or won't compel their leaders to do anything about it.
“Also, Dude, ‘Sand People’ is not the preferred nomenclature; Tusken Raider, please.”
“Walter, this isn't a guy who built the moisture vaporators, here....”
Top

I missed this last night. IIRC the 8kun admin also deleted a bunch of posts. The result was the owner banned him, restored the posts, and then called for the admin to be murdered.

Edit: Whoops it is in the linked WaPo story. I knew I read that specifically.

It would be great if all these QAnon people blinked awake and realized that the whole thing was a lie, but a lot of them seem to be landing on the idea that the Pedo-Satanists were just too powerful and were able to defeat Trump. They're sticking to the baseline fantasy of an evil cabal of child-raping cannibals who control the world.

In a lot of ways, there's very little distance between the QAnon narrative and medieval anti-Semitic tropes of blood libel.
Much prefer my Nazis Nuremberged.
Top
Post Reply
108 posts