Great, now my dad wants me to buy ANOTHER security camera (or 2). Now he's bought into the idea of a wired version. Except I don't install (drill holes on walls and ****) the last system I bought requires an install.

I've looked into the various IP cameras, and they all seem to be motion-capture ONLY for local storage (on SD card) or only for X seconds upon motion trigger. I guess I can run something and record it continuously (I do have a spare PC available, a spare monitor, and some HD space), unless anyone has better ideas...

I even thought about using a Dashcam, which has loop recording, but apparently they are NOT engineered to run 24/7. But then my dad will probably not care about this problem after a few months.

And 1080p dashcams are not that expensive.

Or should I just go for one of those disguised cameras as a wall clock or desk clock or such?
My game FAQs | Join Massdrop and see what sort of deals they have! | Playing: Aven Colony, Everspace, Detective Di
Top

He delegated to you. You delegate to an install company.
Black Lives Matter

I was thinking about just using my 50 ft microUSB cable to connect the camera at the main door his PC, which is above the main door, by running the cable out his window.

He may have even suggested it.

My game FAQs | Join Massdrop and see what sort of deals they have! | Playing: Aven Colony, Everspace, Detective Di
Top

I'll just get an IP camera with a long power cable. I'll install AnyCam on his PC and just record straight to his PC and he can watch it whenever he likes.

Ordered a Wyze cam ($26) with a suction mount. Along with the 2x25 ft power cable I had previously ordered it should work well enough.
My game FAQs | Join Massdrop and see what sort of deals they have! | Playing: Aven Colony, Everspace, Detective Di
Top

Great, so he doesn't need the cameras any more. Phooey. >-P It was a stupid idea to start. Not that he cares.
My game FAQs | Join Massdrop and see what sort of deals they have! | Playing: Aven Colony, Everspace, Detective Di
Top


Ring built its entire business on reinventing the doorbell — and now it’s taking a similar approach to the humble home security camera, with the Ring Always Home Cam, set to be available sometime next year. You might not guess from its name, but this security camera is actually mobile: It’s a drone that flies autonomously throughout your home, to provide you with the view you want of whatever room you want, without having to have video cameras installed in multiple locations throughout your house.

The Always Home Cam is a diminutive drone that can be scheduled to fly preset paths, which you lay out as a user. The drone can’t actually be manually flown, and it begins recording only once its in flight (the camera lens is actually physically blocked while it’s docked) — both features the company says will help ensure it operates strictly with privacy in mind. Always Home Cam is also designed intentionally to produce an audible hum while in use, to alert anyone present that it’s actually moving around and recording. 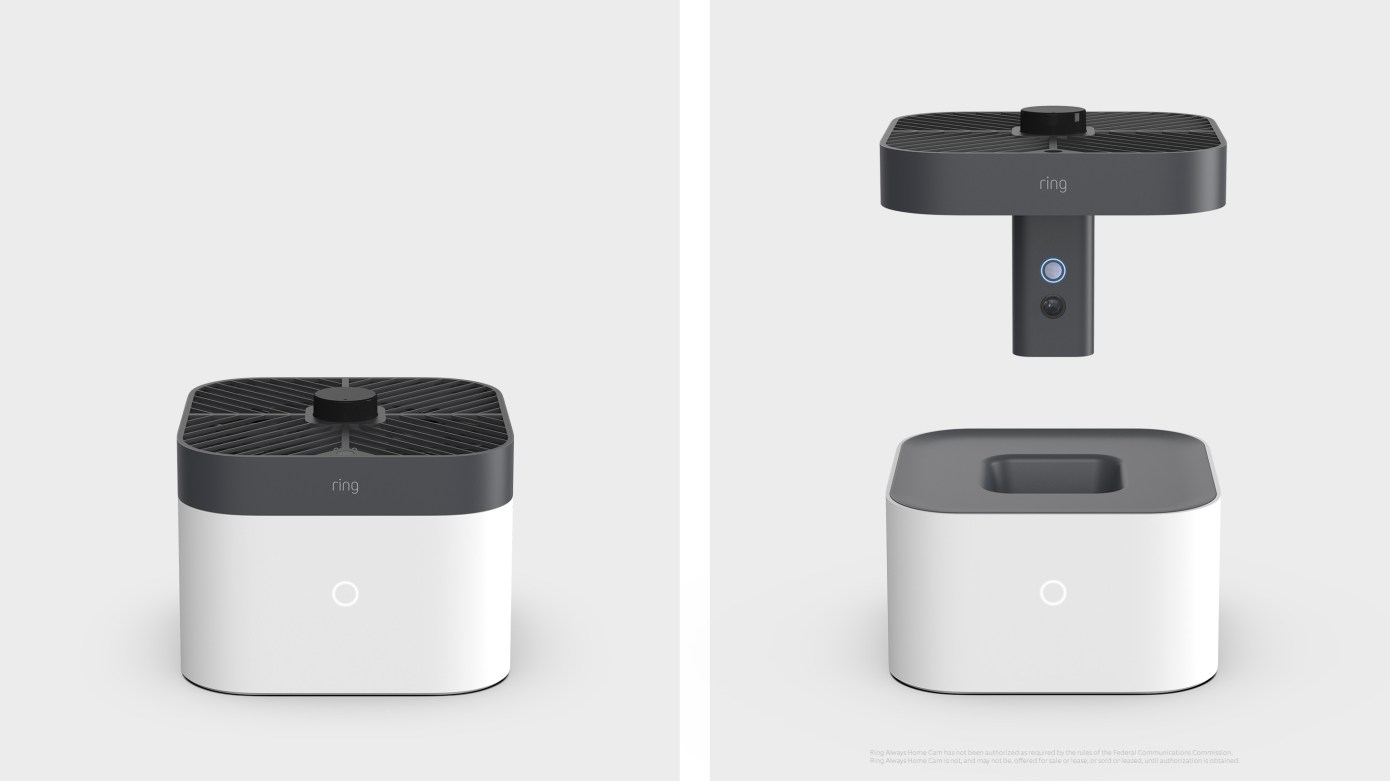