I had CrapCleaner installed on my old rig and was thinking I was going to add it to my new one, but I've hear that there are some issues with it. How does the OO membership feel about CrapCleaner?
“When you talk, you are only repeating what you already know. But if you listen, you may learn something new.”

Off and on over the years a lot of these free and useful small programs have 'sold out' and included installers for extra crap(ironic!) that will sneak by the users who aren't paying attention. I think CC is one of these. I always read everything when I install a utility so it's not an issue for me. CC works fine for me, but I also take the time to examine the tools and set them to do what I want. I don't just use an automatic option. I guess what I'm saying if you want something that you can safely install and use with the least bit of input from you then CC isn't it.
Top

Leo Laporte explains why you're better off avoiding it below: 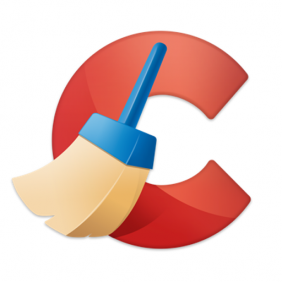 Bart uses Piriform CCleaner. Leo says that there's a new warning out to avoid CCleaner. Leo says that Microsoft Defender is flagging CCleaner as unwanted software because it includes other apps as part of the download. None of which Leo recommends. It's always best to avoid software that comes with a separate installer that ads other apps you don't want. CCleaner has addressed that issue to make sure it's no longer flagged.

And Leo says you don't really need CCleaner anyway. It's too risky because it modifies the registry and you could make your PC unusable. CCleaner can do it without running into that risk, but it's really conservative and doesn't do anything that helps for the cost.

Wow. thanks for the replies. I'll give CC a pass from now on

“When you talk, you are only repeating what you already know. But if you listen, you may learn something new.”

I've never really found any problems with it, but then I don't run it that often, and if I clean, I usually use Glary Utilities.
My game FAQs | Join Massdrop and see what sort of deals they have! | Playing: ADR1FT, Frontier Pilot Simulator
Top

I use it every once in a while. I've kept the same version for years. I see no reason to update it as it does all I want now.
Those update notices are very annoying.
Ye Olde Farte
Double Ought Forty
aka dbt1949
Top

I ditched it years ago. First they unwittingly distributed a trojan with an update, then it was revealed that they were collecting and selling user data, then they started bundling in other software and installing it without permission, all while transiting from on-demand software that you ran when you wanted your system cleaned to an obnoxious everything-including-the-kitchen-sink package that tried everything it could get away with to stay active.