This is a link to the Sound Blaster WIKI with its history or cards.
https://en.wikipedia.org/wiki/Sound_Blaster

Sound Blaster 16 Value - In 1994 this was my first SB card...or any sound card for that matter. We'd gotten my first pc the day before and Id used it for Star Trek 25th Anniversary with just the pc speaker. So next day it was back to Electronics Boutique for a sound card and speakers. Ended up with a SB16 and some Labtec LCS-800 speakers. I can remember being so nervous about installing it. It was a first. Didn't want to break my fancy new pc Id been wanting for years. I read the manual twice and it was a big manual. Then opened my pc and installed it...very gently. Success. I was blown away by the sound and music after that. I still have it in box and all here beside me on the shelf. 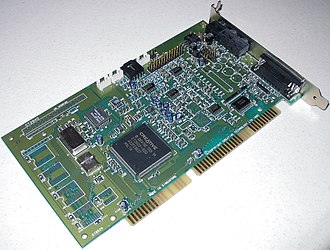 Sound Blaster AWE64 - I wanted a AWE32 but my SB16 was still doing great and the AWE cards were expensive for what I didn't see as enough new stuff to warrant a buy. But I did get the AWE64 when it came out. It was cheaper as I recall.

Sound Blaster Live! - Got this one next. Another step up. Was around the time of Ultima Online and EverQuest. This was a pretty nice card actually. though I cant remember much about it. 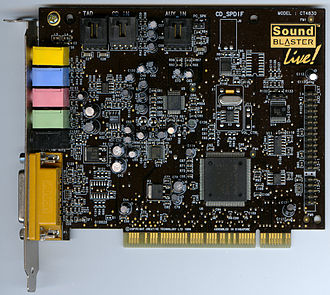 Sound Blaster Audigy - This was another nice step up. I kept using this card many years with no need to change.

Auzentech X-Fi Prelude - I couldn't afford a X-Fi but also saw no reason to give up my Audigy so didn't get a Sound Blaster this time. I cant really recall why.....either my Audigy glitched or I was able to get the Auzentech cheap or free. I 'think' I got it from someone here on OO in the late 2000s. It really sounded amazing and I was shocked at how nice it was. I used that card for years before it failed. I still have it in box here some place. I had to go back to one of my older cards until I built the latest system. 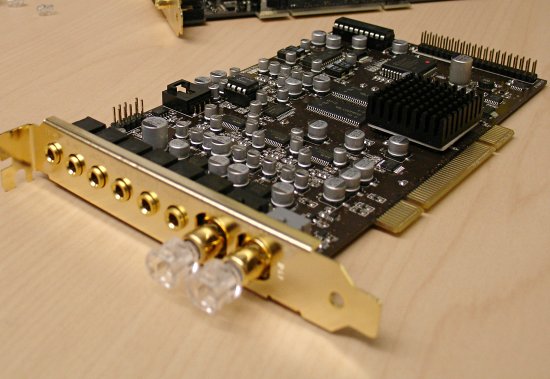 Sound Blaster Z - This is my last Sound Blaster. I built my newest system in 2010 and 2011. Its the one Im still using now . I was going to just use onboard since I kept hearing how good it was by then. But after a couple weeks I couldn't take its muffled bad sound to my ears any longer. I tried. Ive never found onboard listenable. So my wife bought me a Z card. Red metal and a bright as hell red led in it. It was fine because my case lighting was / is red too. I still am on that system and that little Z card is still bright as hell today as Im sitting here typing. I love the card. 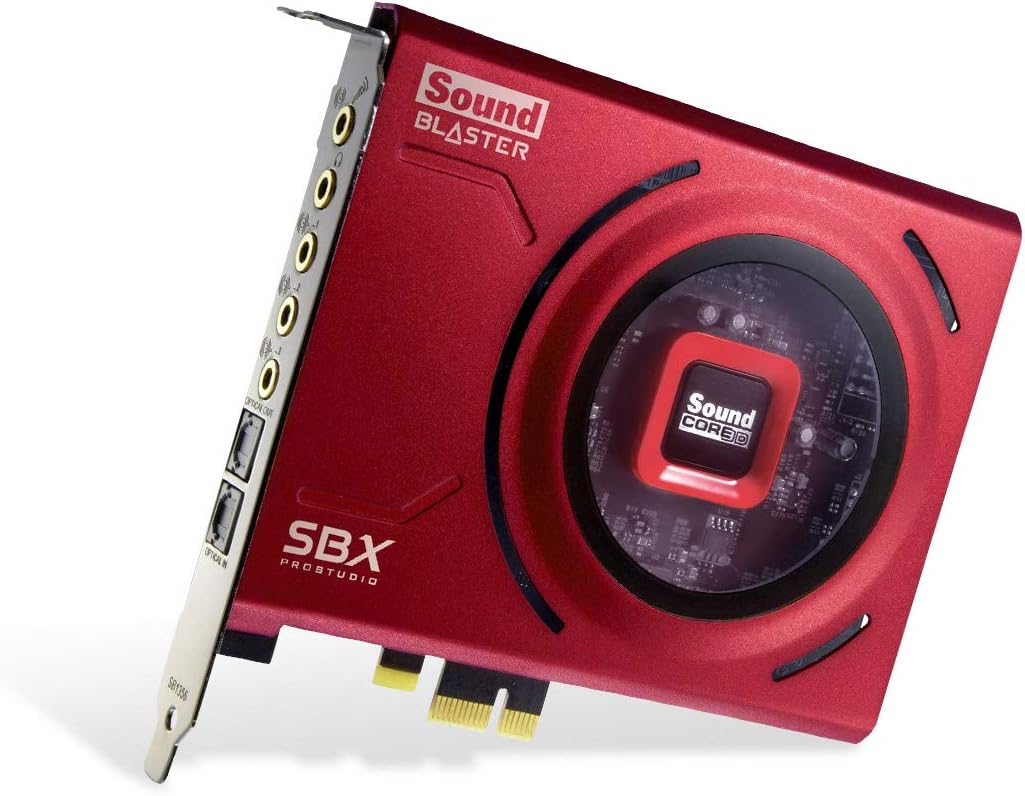 Seems sound card development and releases have about died these days. Nothing much past the Z..least not to my eyes. If I ever do get to build a new system one day Ill probably just move this SB Z into it .....unless something amazing and cheap is out by then. I could never go without a sound card.
--------------------------------------------
I am Dyslexic of Borg, prepare to have your ass laminated.
I guess Ray Butts has ate his last pancake.
http://steamcommunity.com/id/daehawk
Top

I had the hardest time building a system without a sound card. A sound card had always been core to a gaming system.

The truth is that they don't really do much anymore for most purposes. All of the tech that used to require a huge card has been improved to the point that the card isn't really necessary anymore. It's all built in to the motherboard now, and the card is a waste of money except for people who work with audio professionally in ways that games don't require. Now, if you get a really good sound card, it will sound a little better than integrated sound, but there's a catch: the difference is such that you can only really tell if you have a very, very high end set of speakers or headphones.
________________________________________
Letting my Curiosity Lead Me, a blog. Sort of. Eventually.

I don't remember every card I've owned. I do remember:

I had a friend who worked for Advanced Gravis and he would hook me up with Gravis Ultrasound cards (and a Gravis Thunderbird joystick). I haven't needed a sound card for probably close to 20 years though. There are more impactful ways to spend that money on a computer system.
Top

being an Amiga fan that had to live with an MS-DOS machine, i was an early sound card adopter:

AdLib : end of 1988, for the 286 machine. the output speakers used was my dad's then-current boombox, supported above the CRT by two brackets drilled into the wall (i think he still has that same boombox, but not sure if either of the cassette decks still work). eventually he wanted that boombox back, so we got some really fiddly primitive PC speakers at a later time)
SoundBlaster Pro : acquired with the new 486 in 1991. ACTUAL STEREO SOUND (because it was a SoundBlaster card used for each channel)
(from 1994 to 1998 i had an HP Pentium desktop that was always on MS-DOS/Windows 3.1, but for the life of me, can't remember what soundcard was in it)
(1998 - 2000 i had an inherited desktop from my deceased uncle that had some generic sound card in it, i think...)
SoundBlaster Live! : got this for my new machine in 2000. i remember the bugginess of these drivers in Win98 and trying to get this to work in Win2k. swore off Creative Labs after that.
Turtle Beach Santa Cruz : bought this for my new build in 2003 - this was the end of the line of soundcards for me. i went to great lengths to make this card function in Windows 7 since it never had official support for that, but it still mostly worked.

once i built my second-to-most recent machine in 2009 i had moved to motherboard-based sound for almost everything, and used an external Firewire-connected M-Audio interface i found at Goodwill for any sound applications that really needed it (which was... nothing).
Top

I've used on-board sound since the late 90s. I can probably count on 2 fingers the number of systems I built with add-on sound cards.
" Hey OP, listen to my advice alright." -Tha General
"No scientific discovery is named after its original discoverer." -Stigler's Law of Eponymy, discovered by Robert K. Merton
MYT
Top

LawBeefaroni wrote: ↑Sat Nov 27, 2021 11:55 am I've used on-board sound since the late 90s. I can probably count on 2 fingers the number of systems I built with add-on sound cards.

I preferred on-board around the same time. I built a lot of computers in the 90s so I went through each of the top four at one time or another.
Top

I used to listen to MIDI music a lot. Thought it was amazing that a pc could play music that good hehehe. As I recall the AWE64 had MIDI banks and you could load other ones to have the same music sound different and different instruments. I found one that seemed to be just a HQ version of the normal one and always used it. Games never sounded better.

As for onboard , again I kept hearing how its improved and you cant tell the difference up until my last built 10 years ago and I could . Sounded bad and I just couldn't take it. It always sounded better to me with a dedicated sound card. Maybe this year its different but I would still use a sound card.
--------------------------------------------
I am Dyslexic of Borg, prepare to have your ass laminated.
I guess Ray Butts has ate his last pancake.
http://steamcommunity.com/id/daehawk
Top

Daehawk wrote: ↑Fri Nov 26, 2021 3:53 pm
Seems sound card development and releases have about died these days. Nothing much past the Z..least not to my eyes. If I ever do get to build a new system one day Ill probably just move this SB Z into it .....unless something amazing and cheap is out by then. I could never go without a sound card.

I think it's interesting that Soundcards and Videocards have had opposite developments. I think the benefit of soundcards was most prominent in the earlier days when they came to replace the internally produced sounds and the reason for why they've largely disappeared is because onboard sound has become that much better and only professionals in the industry will really need them these days. Contrast that with Videocards which really exploded with the emergence of 3D graphics, which has become more and more important as time goes on.

My first soundcard was an Adlib. Rather crude by modern standards, with a simple FM processor, but we had hooked it up to our sound system with the big ass desk-sized speakers, which we still have.

Next one was the Soundblaster 16 or whatever it was called, before I moved on to the AWE32, and I think that was the last dedicated one I had.
PC:
Intel DH55PJ
Intel i5 660
8GB RAM
Asus ROG 4GB 1050Ti
Top

Daehawk wrote: ↑Sat Nov 27, 2021 12:28 pm As for onboard , again I kept hearing how its improved and you cant tell the difference up until my last built 10 years ago and I could . Sounded bad and I just couldn't take it. It always sounded better to me with a dedicated sound card. Maybe this year its different but I would still use a sound card.

I remember Sound Blaster, sound cards were a huge deal in the computers that I had all through the 90s and maybe up until 2003 or so. After that, I just went with whatever was already built-in and never paid attention to it. Since I don't particularly care about sound quality on my computer (don't use it for anything where it matters), I'm sure there's a difference but I couldn't tell you what it is.
Top

I fried my previous computer's onboard sound when I cleaned it and got a little too aggressive with the bleach and scouring powder, so I had to add a sound card. It made no discernible quality difference to this non-audiophile.
Blue Hills Editorial Services
Black Lives Matter
Top

My game FAQs | Playing: She Will Punish Them, Sunrider: Mask of Arcadius, The Outer Worlds
Top
Post Reply
14 posts • Page 1 of 1